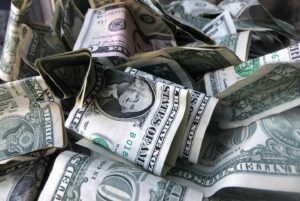 The Massachusetts High Technology Council is returning to the state Supreme Judicial Court for help in its effort to fight a proposed income-tax surcharge for higher earners that is headed to the ballot in November.

Opponents of the measure filed a complaint with the SJC on Thursday against Secretary of State William Galvin, who oversees elections, and Attorney General Maura Healey, whose office is charged with writing ballot descriptions for voters that get distributed by mail and are included on the ballot. The lawsuit, largely funded by Mass. High Tech, revolves around the issue of how the new money would be used. The ballot question says all new revenue needs to be earmarked for education or transportation, but critics say there’s nothing to stop the Legislature from using itNov to partially supplant existing state funding for either cause.

Mass. High Tech is asking the SJC to require that the ballot question description include language explaining that the Legislature could choose to reduce funding on education or transportation and replace it with new surtax revenue; alternatively, the complaint asks the SJC to block the question from the ballot if the description does not include that language. The Fair Share Amendment, also known as the millionaires tax, would amend the state constitution to create a 9 percent income tax rate on annual earnings above $1 million, while retaining the state’s broad 5 percent rate for earnings below that amount.

This is the second time that Mass. High Tech has helped push this issue before the state’s highest court. In 2018, the SJC sided with Mass. High Tech and several other business groups, and knocked the question off the ballot that year. The court essentially agreed with the argument that the proponents were improperly lumping unrelated topics — a new income tax surcharge, education spending, and transportation spending — together.

Proponents then refiled the question, but as a legislator-filed amendment, not a citizen-led one. That enabled them to get around the issue of relatedness that shelved the question in 2018.

Healey’s office has not published a description for the new ballot question, but Mass. High Tech president Chris Anderson said he’s worried Healey will simply replicate language used in 2018, which does not include the wording his group seeks. A lawyer for Mass. High Tech sent a letter to Healey and to Galvin in November, asking for the wording change, but Anderson said his group has not heard back from either office. Representatives for Healey and for Galvin declined to comment.

The measure, which enjoys widespread popularity in early polling, would raise $1 billion to $2 billion each year, likely from more than 20,000 taxpayers. Supporters, led by the union-funded Raise Up Massachusetts, say the surcharge would create a more equitable income-tax structure, while critics say it would unfairly penalize small business owners and prompt many high earners to leave the state.

Raise Up Massachusetts released a statement on Thursday accusing the plaintiffs in the new lawsuit of “playing word games in the courts.” The coalition said: “People know the rich got richer during the COVID pandemic and we expect them to pay their fair share. While families struggle to stay healthy and safe, our crumbling roads, bridges, and transit systems are getting worse.”

The measure’s opponents said they’re simply trying to make sure voters get the clearest information. “People should know what they’re voting on,” said Jim Stergios, head of the libertarian-leaning Pioneer Institute and one of the complaint’s 50-plus plaintiffs. “That’s why we’re doing all of this. … Some of my friends are for this [specifically] because they think it’s going to go for transportation and education.”