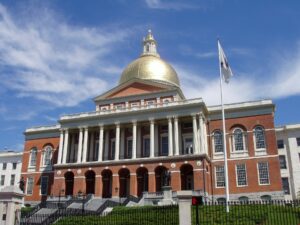 In November, Massachusetts voters will decide on a constitutional amendment that would create an additional income tax of 4% for income over $1 million, in addition to the existing 5% flat-rate income tax, and dedicate revenue to education and transportation purposes.

Coalition for a Strong Massachusetts Economy is registered in opposition to the amendment and reported $437,486.00 in cash and in-kind contributions. The top donors to the coalition include Robert Reynolds, Nino Micozzi, Jeffrey Markley, and Mark Casady.

In 2018, Raise Up Massachusetts and the Coalition for Social Justice raised $1.97 million in support of the initiative.

Opponents of the 2022 amendment filed a lawsuit with the state Supreme Court on Jan. 27 arguing that the ballot summary is misleading and the court should remove the amendment from the ballot. The lawsuit was filed by Christopher R. Anderson, president of the Massachusetts High Technology Council, against Massachusetts Attorney General Maura Healey (D) and Secretary of State William Galvin (D). In a statement, the Massachusetts High Technology Council said, “The promise of new public education and transportation spending is an empty one, because the amendment imposes no real limits on how the state legislature can spend the new tax revenues.”

According to separate reports from the Beacon Hill Institute, a 501(c)(3) nonprofit, and the Center for State Policy Analysis at Tufts University, the additional tax could generate at least $1.2 billion in 2023.

In order to refer the amendment to the ballot, the state legislature needed to pass the measure with a simple majority ​​during two successive legislatures. This amendment passed in 2019 by a vote of 147 to 48 with five members absent or not voting and again in 2021 by a vote of 159-41. Both votes were largely along party lines with Democrats in the majority and Republicans in the minority.