May 4, 2022Council in the News, Gloucester Daily Times 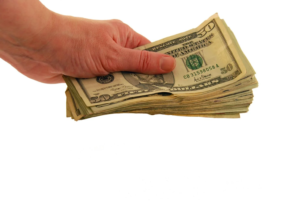 BOSTON — Opponents of a proposed millionaires’ tax urged the state’s highest court on Wednesday to set the wording of the referendum inching toward the November ballot.

The referendum will ask voters to amend the state constitution to set a new 4% surtax on the portion of an individual’s annual income over $1 million. The money would be earmarked for transportation and education projects.

A lawyer for the Massachusetts High Technology Council and other pro-business groups argued before the Supreme Judicial Court that voters could be “misled” by claims that the money will be solely devoted for education and transportation.

“Voters are asked to amend our constitution rarely, and on those rare occasions they are entitled to fair and neutral summaries of the proposition before them,” attorney Kevin Martin, representing the plaintiffs, told justices.

Martin said a proposed summary of the ballot question offered by proponents of the measure is “unconstitutional and unlawful” because it violates that requirement.

“They instead advance the proponents’ misleading narrative that additional tax revenue would be used for education and transportation spending,” he told justices.

Plaintiffs in the case, which include the Massachusetts Taxpayers Foundation and the Pioneer Institute, want the court to decide how the question can be presented to voters. They want a summary of the question to include a caveat that the state Legislature might chose to spend the money for other, unrelated purposes.

Attorney General Maura Healey, whose office cleared question for the ballot, hasn’t yet released the final wording and summary of the referendum.

Neutral presentation
During Wednesday’s hearing, Assistant Attorney General Robert Toone said the state constitution and recent court rulings don’t require a summary of the ballot question to be an analysis of the referendum, only that it be a “fair and concise” wording.

“In the end, the plaintiffs want to insert hypothetical assumptions about the future and add debatable legal interpretations into the summary in one-sentence statements that citizens are going to review before they vote,” he told justices. “But that’s never been done before, and there’s no reason for the court to start now.”

He said there will be plenty of opportunities for the other side of the ballot question to make their arguments to the public ahead of the Nov. 8 elections.

“Not just in 150-word statements, but in the public arena,” he said. “This measure is likely to see many ads in the future and the plaintiffs and amici are perfectly free to make their arguments about what they think might happen if this measure is passed by the voters.”

Toone said the AG’s role in the process is “to keep partisan, disputed or unnecessary arguments out of the summary, summarize the main features of the measure and let the voters decide.”

In legal brief, the AG’s office argued that requiring an interpretation of the ballot question in the summary could lead to a challenge of the referendum over claims that Healey was advocating for or against the proposal, and not presenting it in a neutral manner to voters.

Justices didn’t reveal which way they are leaning on the challenge, but several questioned whether the summary of the ballot question was misleading. They also asked if the “subject to appropriation” language in the referendum gave voters all the details they needed to know about how the money might be spent.

Pros, cons, other questions
Opponents have argued the proposed excise tax will hurt businesses, drive away the wealthy and put a drag on the state’s economy as it recovers from the pandemic.

They point out that Massachusetts voters have several times rejected proposals to replace the state’s flat personal income tax with a graduated rate.

But supporters argue the state’s top earners can afford to dig deeper into their pockets to help drum up much-needed education and transportation funds.

A similar millionaires’ tax referendum was set to appear on the November 2018 ballot until the Supreme Judicial Court ruled it unconstitutional.

The challenge to the wording of the question is one of several lawsuits being considered by the Supreme Court involving four referendums set for the November ballot.

On Monday, justices heard arguments for and against another ballot question that seeks to impose spending controls on the state’s dental insurance providers.

The high court is also weighing legal challenges to a question that would define ride-hailing drivers as independent contractors and another that would allow retailers to get more state beer and wine licenses.

In all three of those court battles, opponents of the proposed referendums are asking the justices to exclude them from the November ballot.