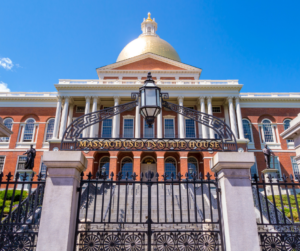 In familiar fashion, the State Legislature scrambled to complete several major bills at the 11th hour of the two-year legislative session that ended at midnight on Sunday, July 31. They were successful in reaching a compromise for sports betting, mental health legislation, and other bills, but disappointingly they were unable to finalize a sweeping economic development package. The $4 billion economic development legislation includes broad tax relief measures, including reforms to Massachusetts’ estate tax, hundreds of millions of dollars to boost Massachusetts’ research initiatives and compete for federal funds, and at least $100 million for the employer-funded Unemployment Insurance (UI) Trust Fund.

Although the Legislature couldn’t finalize the bill on time, it’s not dead yet—both chambers could still advance most of the legislation through informal sessions. Given the importance of the bill to residents and many different sectors of our innovation economy, it is imperative that the Legislature act promptly to pass key provisions of this legislation.

What Happened in the Final Days of the Legislative Session?

In the end, legislative leadership put the brakes on the economic development bill after learning the fiscal impact of the Massachusetts State Tax Revenue Growth Limit, which will return nearly $3 billion in excess tax revenue back to taxpayers.

The growth limit, which was adopted by voters in 1986 and was sponsored by Citizens for Limited Taxation and the High Tech Council, sets a limit on usable state tax revenues, requiring that any tax revenue growth exceeding wage and salary increases in the fiscal year be returned to taxpayers. Just days before the end of the Legislative Session, Commonwealth Magazine reported that the tax limit would be triggered this year due to historic revenue growth. The only other time the law was triggered was in 1987, when $29.2 million in excess revenue was credited back to taxpayers. The total for FY22 is estimated to be much larger— approximately $3 billion.

Legislative leaders—previously unaware of the amount of revenue that would be sent back to taxpayers—noted they were evaluating all options in the final days of session, including repealing or weakening the law.

The good news is that the Legislature did not alter the 35-year-old law. Speaker Mariano rightfully noted that Chapter 62F is “the law of the land and it’s gonna happen,” assuring voters that the Legislature will honor the statute. The bad news is that the Legislature opted not to move ahead with the economic development legislation, citing uncertainty about affordability. It came down to the Legislature disagreeing with the Governor’s assessment that both the 62F-prompted taxpayer rebates and the tax relief and spending provisions in the economic development legislation are affordable. As the Baker Administration rightfully noted, the historic tax revenue surplus leaves enough money to cover all ends.

The biggest enabling factor for tax relief and large spending initiatives is the Commonwealth’s unprecedented resources through a combined $2.3 billion in ARPA funds and an estimated $4.6 billion surplus in FY2022.

What is in the Economic Development Legislation?

The short answer: a lot. Below summarizes the key provisions that we will continue to encourage the Legislature to adopt this year.

One notable provision that the Council advocated for and was included in the Senate version of the economic development bill is a $10 million earmark to help fund construction of a shared cleanroom facility for semiconductor development and advanced packaging operations. In partnership with Senator Michael Moore, we advanced the amendment to compete for federal grants and bridge the gap between university and national lab research and company development and high-volume manufacturing. This effort complements $250 million in combined funds, which we also advocated for, for the Massachusetts Technology Collaborative to compete for matching grants and jumpstart a competitive and secure future innovation program. These investments are meant to position Massachusetts to compete with other states for forthcoming federal funding from the CHIPS and Science Act, which went to President Biden’s desk on July 29.

The most notable element of the Governor’s tax relief package that both chambers intended to advance is estate tax reform—though, the House and Senate proposed different approaches. The House’s bill, like the Governor’s, proposed increasing the state’s tax exemption amount from $1 million to $2 million and eliminating the “cliff effect”, whereby beneficiaries for estates valued over the exemption amount are taxed on the whole estate value rather than just the amount exceeding $1 million. The House also, however, proposed increasing the tax rate on estates valued over $5 million from 16% to 17%—a measure that is counter to the main intent behind the reform. The Senate version instead proposed an exemption for estates valued at $2 million and less and allowing all filers an estate tax credit of $99,600, which is supposed to mitigate the cliff effect. The Senate bill, unlike the House’s, does not include a tax rate increase for estates valued over $5 million.

Absent from both the House and Senate tax relief proposals is one of the key policy provisions of the Governor’s package: a reduction of the short-term capital gains tax rate from 12% to 5%. This measure unfortunately never made it out of the Committee on Revenue. Massachusetts is the only state, out of the 41 (not including Washington D.C.) that imposes taxes on income, with a short-term capital gains tax rate that is higher than the personal income tax rate.

In addition to the proposed changes to the Massachusetts’ tax code, both chambers agreed on a $510 million tax rebate program to send $250 checks to individual taxpayers who made between $38,000 and $100,000 in 2021, and up to $150,000 for joint filers. The $510 million makes up half of the Legislature’s projected $1 billion tax relief package and has rightly been criticized as misguided policy relative to the more prudent structural tax reforms under consideration (like the capital gains tax reduction).

Both the House and Senate agreed to include money to partially replenish the employer-funded UI Trust Fund for payments that either went out to recipients in error or due to fraud. The chambers disagreed on the amount, however—the House proposed $300 million, and the Senate version included just $100 million. How much is included in the legislation is important as it may influence the size and structure of the bonds that the Commonwealth issues in a bond sale to replenish the UI Trust Fund and pay back federal loans taken on during the pandemic. In July, the state Treasurer’s Office noted it would be holding off on the bond sale until passage of the economic development legislation. So, the failure to pass the economic development bill creates uncertainty for the Treasurer’s go-to-market timing.