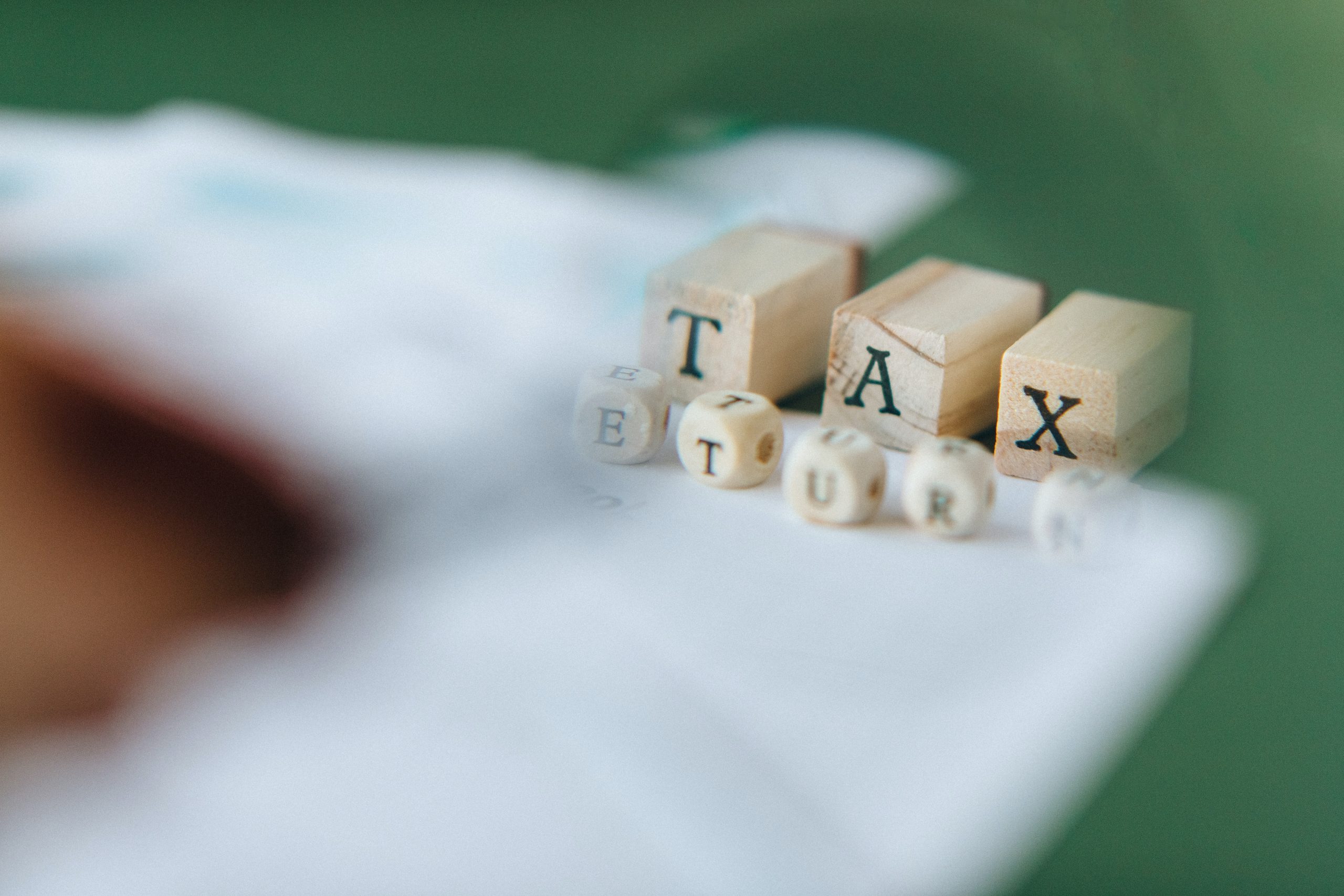 Should Beacon Hill officials try to duck the tax relief requirements of Chapter 62F over the next month, at least two groups of taxpayers, newly including one supported by major right-leaning groups like Citizens for Limited Taxation, have organized themselves to be prepared to ask the state’s court system to step in.

A 1986 ballot question initiated by Citizens for Limited Taxation and its subsequent law, Chapter 62F, created an annual state tax revenue growth limit based on the level of growth in total wages and salaries of Massachusetts citizens. If the state collects more than the allowed amount of tax revenue in any one fiscal year, the law says that the overage is to be returned to taxpayers. The late-July revelation that 62F could eat up some of the state’s $5-plus billion surplus from fiscal 2022 derailed the Legislature’s own tax relief plan and a massive economic development bill.

The law allows a group of at least 24 “taxable inhabitants” of Massachusetts to petition the Supreme Judicial Court or Superior Court to enforce the provisions of Chapter 62F, and at least two parallel efforts are afoot on that front in the event that officials attempt to evade the requirements of the law.

“We’re aware that the auditor is receiving significant political pressure to delay the certification with the thought that the Legislature would repeal the statute when they come back into session at the top of the new session and there’s even talk about possibly having the Legislature come into session now to repeal the law as part of another package,” Winslow said during a press conference Monday to announce that the Massachusetts Fiscal Alliance, the Fiscal Alliance Foundation and Citizens for Limited Taxation had partnered with the New England Legal Foundation and the Goldwater Institute to prepare to bring suit to enforce Chapter 62F.

The commissioner of revenue is required by Sept. 1 to send the state auditor a report of the net state tax revenue and the allowable state tax revenue for the fiscal year that ended June 30. By the third Tuesday of September — Sept. 20 this year — the auditor must “independently determine” whether tax collections exceeded that allowable amount and then notify the executive branch, House and Senate of the amount of the overage. The auditor’s determination “shall be conclusive,” the law states.

There has been no indication from Auditor Suzanne Bump that she intends to depart from the required timeline and her office has said it cannot prepare its report until it receives the necessary information from DOR. But lawmakers, chiefly House Speaker Ronald Mariano, have suggested that they might try to tinker with Chapter 62F in some fashion. Mariano also, however, has called 62F “the law of the land and it’s going to happen.”

Republican auditor candidate Anthony Amore announced on Aug. 4 that he had lined up at least 24 taxpayers “who stand ready to file a petition with the state’s highest court should Auditor Suzanne Bump fail to act with urgency in certifying billions of dollars in tax rebates under the state’s Chapter 62F law.”

On Monday, Amore announced that former U.S. attorney Michael Sullivan will provide legal representation to his taxpayer petition effort. Sullivan and Winslow ran against each other (and both came up short against Gabriel Gomez) in the 2013 Republican primary for the U.S. Senate seat that John Kerry resigned.

“With record inflation straining the budgets of working families, I share Anthony’s belief that our state government must respect the decision of the voters across the Commonwealth to quickly get tax rebate checks in the hands of residents,” Sullivan, the father of Rep. Alyson Sullivan, said. “If the State Auditor does not do her job and move swiftly and accurately through this certification process, our coalition will file an enforcement action with the Supreme Judicial Court.”

The latest group of more than 24 individuals lined up as plaintiffs includes people from each Massachusetts county and is made up of representatives of Citizens for Limited Taxation, Mass Fiscal, Beacon Hill Institute, the local chapter of the National Federation of Independent Businesses, and the Mass. High Technology Council.

Chip Ford, executive director of Citizens for Limited Taxation, said Monday that the difference between Amore’s effort and the one he is involved with “is [that] ours is comprised of the original supporters, the original organizations who went to the ballot in 1986, put it on the ballot, ran a campaign, and won the surtax repeal and the tax cap. And that’s Citizens for Limited Taxation, my organization, and the Mass. High Tech Council.”

Paul Craney, a spokesman for Mass Fiscal, said the group wanted to hold its press conference Monday because they are about one month out from when they would expect to file a lawsuit, if necessary.

Winslow said his organization is particularly interested in exploring the idea that the relief afforded by Chapter 62F “could already be a vested property right in the hands of the taxpayers to which they’re entitled” regardless of any attempts to amend the law.

“There’s a significant question that this actually may already be a done deal as a matter of law,” he said. Winslow added later, “Basically, what remains at this point is what we call a ministerial act. It’s simply almost an automatic kind of a certification because the close of the fiscal year was June 30 and so the condition that this statute applies to already existed as a matter of fact.”

Chapter 62F also requires that the auditor’s determination that net state tax revenue exceed the allowable amount “shall result in a credit equal to the total amount of such excess” and that the “credit shall be applied to the then current personal income tax liability of all taxpayers on a proportional basis to the personal income tax liability incurred by all taxpayers in the immediately preceding taxable year.”

But that may not be how things play out. The Baker administration has been quietly working behind the scenes to change the regulations around Chapter 62F since this spring and his budget chief said when the 36-year-old law’s impact on the fiscal year 2022 surplus came to light that he was already “looking at what’s the quickest and most efficient way to get that money back to the taxpayers.” Baker said two weeks ago that he “expect[s] that people will be receiving their refund sometime between the end of November and the beginning of December,” which wouldn’t line up with a credit applied to personal income tax liability but would mean the money would go out before he leaves office.

During a press conference Monday, representatives of some of the groups prepared to sue to make sure that Chapter 62F is followed to the letter of the law did not express strong opinions one way or another as to how the money is returned to taxpayers and even suggested they would be open to some Legislative alterations to 62F.

“If the law were to change to give money back directly rather than a credit for future taxes, you know, as long as the law is being followed, that’s our interest,” Winslow said. He then added, “We care that the law on the books is followed … if the law is amended by the Legislature to change the form of the payment, you know, that’s the law.”

Ford, who was part of the 1986 ballot push, said Citizens for Limited Taxation had to make sure that its initiative petition did not appropriate funds, or else it would have been deemed unconstitutional and wouldn’t have made it to the ballot.

“So we used the term credit. We didn’t use it in the accepted sense that it can only be returned as a tax credit in future years, though that was the way it was interpreted in 1987. Nonetheless, our use of credit was that the taxpayers would receive a refund,” he said.

The only time the excess revenue cap was hit, in fiscal 1987, the $29.22 million in credits was made available to taxpayers through the addition of a line on the 1987 Massachusetts individual income tax return “upon which each individual taxpayer could insert their individually calculated share of the $29,221,675 credit,” the auditor’s office said.

DOR this spring began the process of repealing the regulation that governs how a taxpayer obtains a credit toward personal income tax liability under Chapter 62F with the agency saying that it is “obsolete” because no credit had been required since 1987.

The Executive Office of Administration and Finance said Monday that the regulation had not yet been officially rescinded. A Baker administration official previously said that DOR will “issue relevant guidance or regulations for this year’s implementation” if Chapter 62F is triggered.

Colin A. Young is a journalist at State House News.