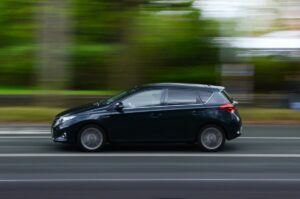 On Nov. 16, the Massachusetts Coalition for Independent Work announced that they had submitted a total of 260,000 signatures to local clerks in their bid to place a ballot initiative on the 2022 ballot that was modeled after 2020’s California Proposition 22. The total number of signatures is split between two different versions of the initiative. The initiative would classify app-based drivers as independent contractors.

In Massachusetts, citizen-initiated laws are indirect ballot initiatives meaning they can be enacted by the state legislature or be sent to the ballot. For the 2022 ballot, initiative campaigns are required to submit an initial round of signatures equal to 3% of the votes cast for governor (80,239 signatures) to local registrars on Nov. 17 before submitting the petition to the secretary of state on Dec. 1. If enough signatures are submitted in the first round, the legislature must act on a successful petition by the first Wednesday of May. The measure goes on the ballot if the legislature does not pass it and if a second round of signatures is successfully collected. The second round of signatures equals 0.5% of the votes cast for governor (13,374 signatures) and is due July 6, 2022.

The ballot initiative would define app-based drivers as independent contractors if they meet the following criteria:

Examples of companies that hire app-based drivers include Uber, Lyft, and DoorDash.

Prossie Namanda, a Massachusetts Instacart shopper, said, “It feels incredible to have this level of support from voters across the state. As a single mother doing this work, I’m so excited to see this progress and am grateful that people in Massachusetts recognize that drivers and shoppers should have the flexibility we want and need, with access to more benefits too.”

Steven Tolman, president of the Massachusetts AFL-CIO, said, “Big Tech should follow the same laws as everyone else, pay their taxes, contribute to Social Security, and treat their workers with basic fairness.”

In 2020, California voters approved a similar initiative, Proposition 22, by a margin of 58.6% to 41.4%. It was the most expensive ballot measure campaign in California’s history according to available records with the support campaign receiving over $200 million in contributions, including donations from Uber, Doordash, Lyft, InstaCart, and Postmates. On Aug. 20, an Alameda County Superior Court judge ruled that two sections of Proposition 22 were unconstitutional and that the measure as a whole was unenforceable. Proponents announced that they would appeal the ruling.

In September, Massachusetts Attorney General Maura Healey (D) announced that 17 ballot initiatives of the 30 filed in 2021 were cleared for signature gathering. The 17 initiatives included 16 initiated state statutes for the 2022 ballot and one initiated constitutional amendment that would appear on the 2024 ballot.