Thank you 1986: Rebate checks may be coming, with billions in 2022 excess tax takings expected

The state took in so much tax revenue last year taxpayers may get some of it back under a fairly unused 30-year-old law, the governor said.

“We think the number is probably north of $2.5 billion that would be tax rebates to the people of Massachusetts,” Gov. Charlie Baker said Thursday.

Last year’s tax revenues came in dramatically higher than expected, April alone saw over $2 billion more than expected, though the exact amount by which it was over will depend on the final numbers tallied by the state auditor. 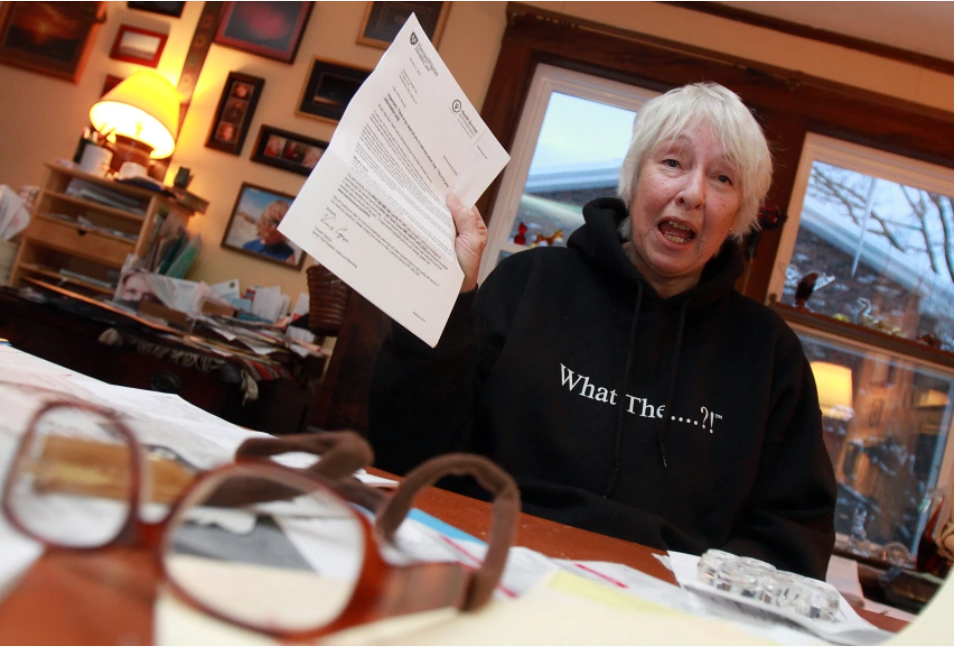 (02/09/2014 – Marblehead, MA) Barbara Anderson of Marblehead holds a letter from her insurance company in her home office for Citizens for Limited Taxation Sunday afternoon. Because of new health care laws, she is being forced to change her company’s health care plan. (020914healthtbc – Photo by Tara Carvalho.)

How the money would be returned to taxpayers is hard to say.

Baker said it could be a rebate, but according to Secretary of Administration and Finance Michael Heffernan the law is unclear about how money should be returned.

“But then it was 14 cents,” Baker pointed out. That 14 cents was issued as a credit against taxpayers’ debt.

The previous payout in pennies could reach hundreds of dollars this time around, if Baker’s figures are right, and could result in about 7% of income taxes paid in 2021 being returned to taxpayers.

A person making $75,000 could get about $250 back, the Executive Office of Administration and Finance said in a release.

The group originally responsible for the law welcomed the announcement it would be used.

“I’m sure Barbara Anderson is up there looking down on us with a grin pumping her fist in the heavens,” said Chip Ford, executive director of Citizens for Limited Taxation.

“The news that CLT’s (and the Massachusetts High Tech Council) tax cap, approved by 54% of the voters on the 1986 statewide ballot, is eligible to kick in for only the second time since its adoption is exhilarating,” he said.

Ford wasn’t the only one pleased by the state’s potential payback to taxpayers.

“The Massachusetts Fiscal Alliance is pleasantly surprised. It’s never too late to embrace these commonsense approaches, especially when they are written into our laws,” Paul Craney, a spokesman for the Alliance said in a release.

“Governor Baker is right to want to give back this money, we are just disappointed that tax relief has only become so popular during the last few days of his final legislative session in office,” he said.

The tax commissioner has until Sept. 1 to report revenue with regard to the 1986 law and the auditor has until September 20 to determine if the allowable tax revenue has been exceeded. 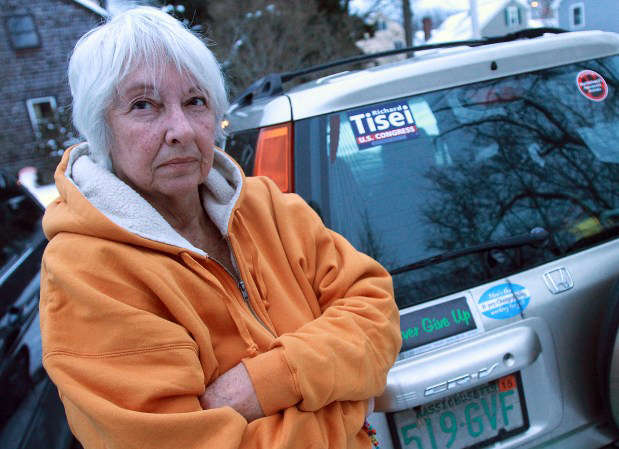 (02/09/2014 – Marblehead, MA) Barbara Anderson of Marblehead outside of her home and office for Citizens for Limited Taxation. (Herald Photo by Tara Carvalho.)

Matthew Medsger is a Boston Herald reporter covering politics and the State House, or anything else which may occur. Matthew also reported on the environment and science at the Nashua Telegraph and crime at the Pittsburgh Tribune-Review. Matthew walked into a recruiter’s office in Pittsburgh, on Sept. 12, 2001, was stationed in Massachusetts in 2003, and never managed to successfully leave. Matthew studied communications and philosophy at UMass Lowell and will argue with anyone, about anything, for free. You can begin the argument @matthew_medsger.
← Previous Post Next Post →