Is Massachusetts Headed Back to Taxachusetts? Examining the Damaging Impacts of the Legislature’s Tax Hike Amendment 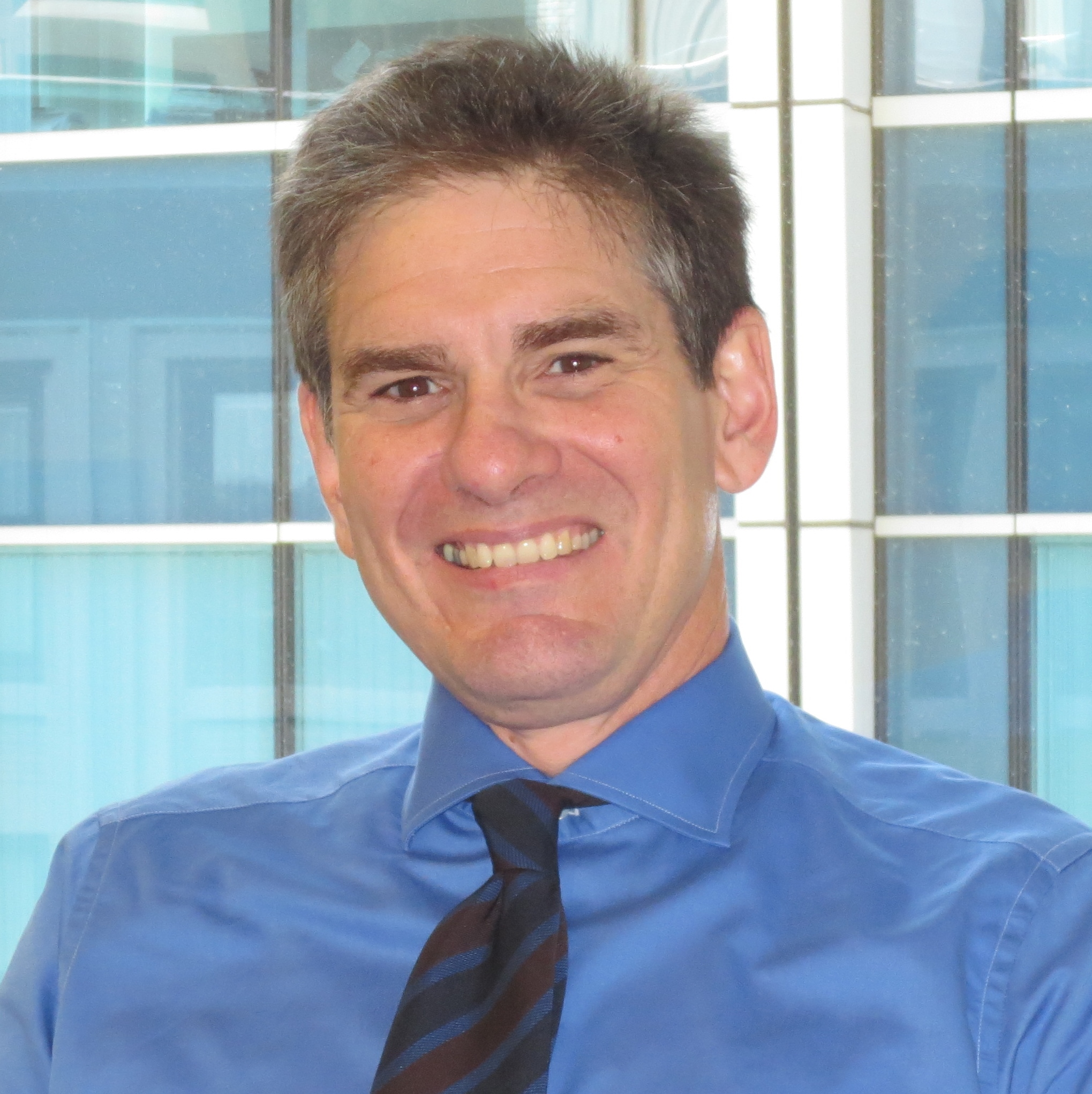 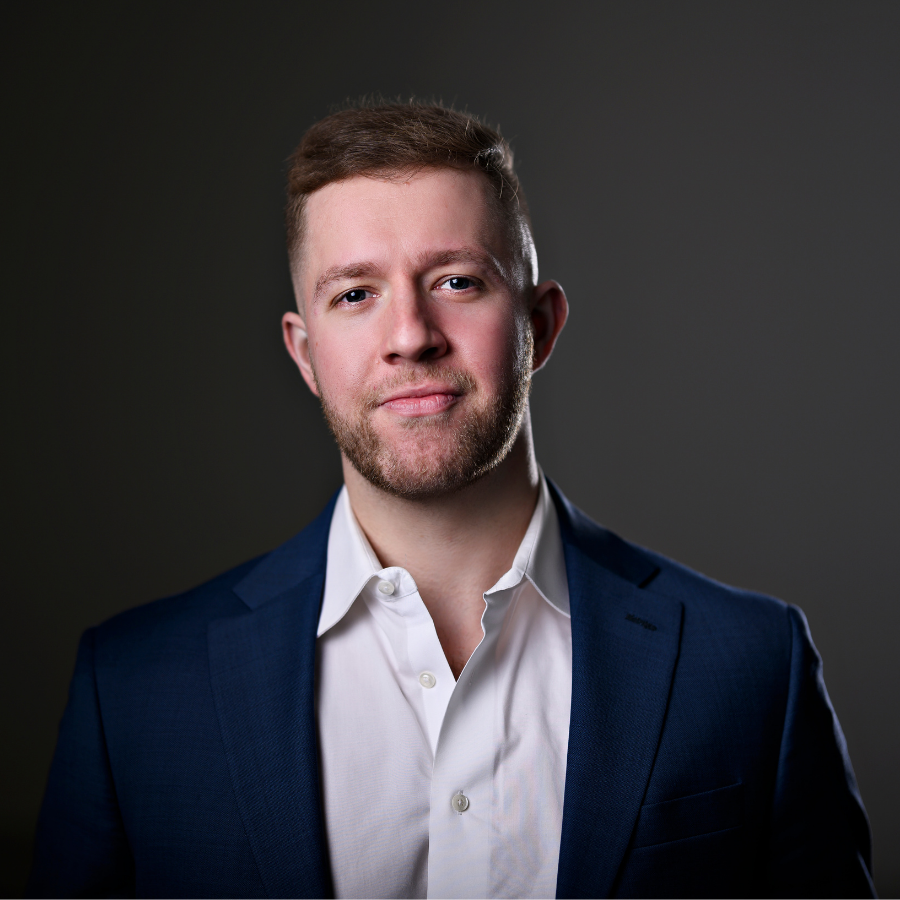 On Tuesday, July 19, the Massachusetts High Technology Council was joined by Pioneer Institute Senior Fellow Charles Chieppo for the first of the Council’s Policy Series. Focused on the Institute’s new book, Back to Taxachusetts?, a distillation of 24 studies conducted by the Institute examining the impact of the Legislature’s Tax Hike Amendment, Chieppo discussed the strong evidence-based case for how damaging the Amendment would be to Massachusetts’ economy.

The program explored why the Amendment, which will go before voters this November, matters for Massachusetts employers and residents, including:

N
Whom the proposed amendment would affect
N
Why it would likely lead to an exodus of homeowners, retirees, and small business owners
N
How this outmigration would cause significant harm to the Commonwealth
N
Lessons learned from peer states who have implemented similar policies
N
Where the money would actually go

Back to Taxachusetts? | A New Book by Pioneer Institute

Back to Taxachusetts? reviews the experience of states imposing similar taxes and demonstrates how the graduated income tax will devastate Massachusetts’ economic competitiveness and harm retirees, homeowners, and small businesses. The book reveals the false narratives advanced by the tax’s proponents who portray it as affecting a small number of “millionaires,” funding designated purposes, and remedying Massachusetts’ “regressive” tax regime. Finally, it examines the tax’s impact in a post-pandemic economy, where companies and employees are mobile, states compete for telecommuters, and federal tax policies continue to cap state and local tax deductibility.

The book comprises empirical studies of the Massachusetts’ amendment proposal and the experience in states passing similar taxes, focusing on:

An accurate definition of the tax

How the revenues are most likely to be used 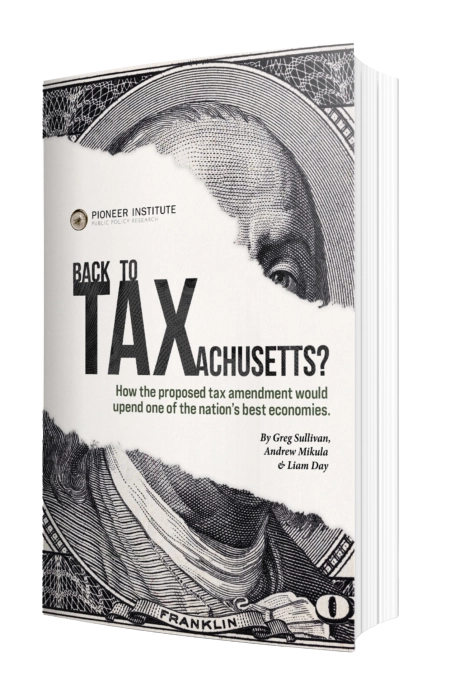 Keep reading to learn more and see highlights from the Policy Series discussion:

What is the Legislature’s Tax Hike Amendment?

In June 2021, the Massachusetts Legislature convened in a Constitutional Convention to give its second and final approval to an amendment that would establish a 4% surtax on income exceeding $1 million. Despite the historic monthly revenue surpluses and unprecedented federal resources, the Legislature voted 159-41 to advance the proposal to voters on the November 2022 ballot. If passed, the Amendment would be an 80% tax increase on thousands of employers and residents entering retirement and would enact the largest tax hike in the state’s history.

“To be more specific,” Chieppo noted, “it would increase taxes from 5% to 9% on an income of over $1 million annually. And it’s a very broad definition of income.”

The Legislature’s Tax Hike Amendment would apply to a long list of “income” categories, including:

Capital gains (on the sale of investments, homes, businesses, and other assets)

Most interest and dividends 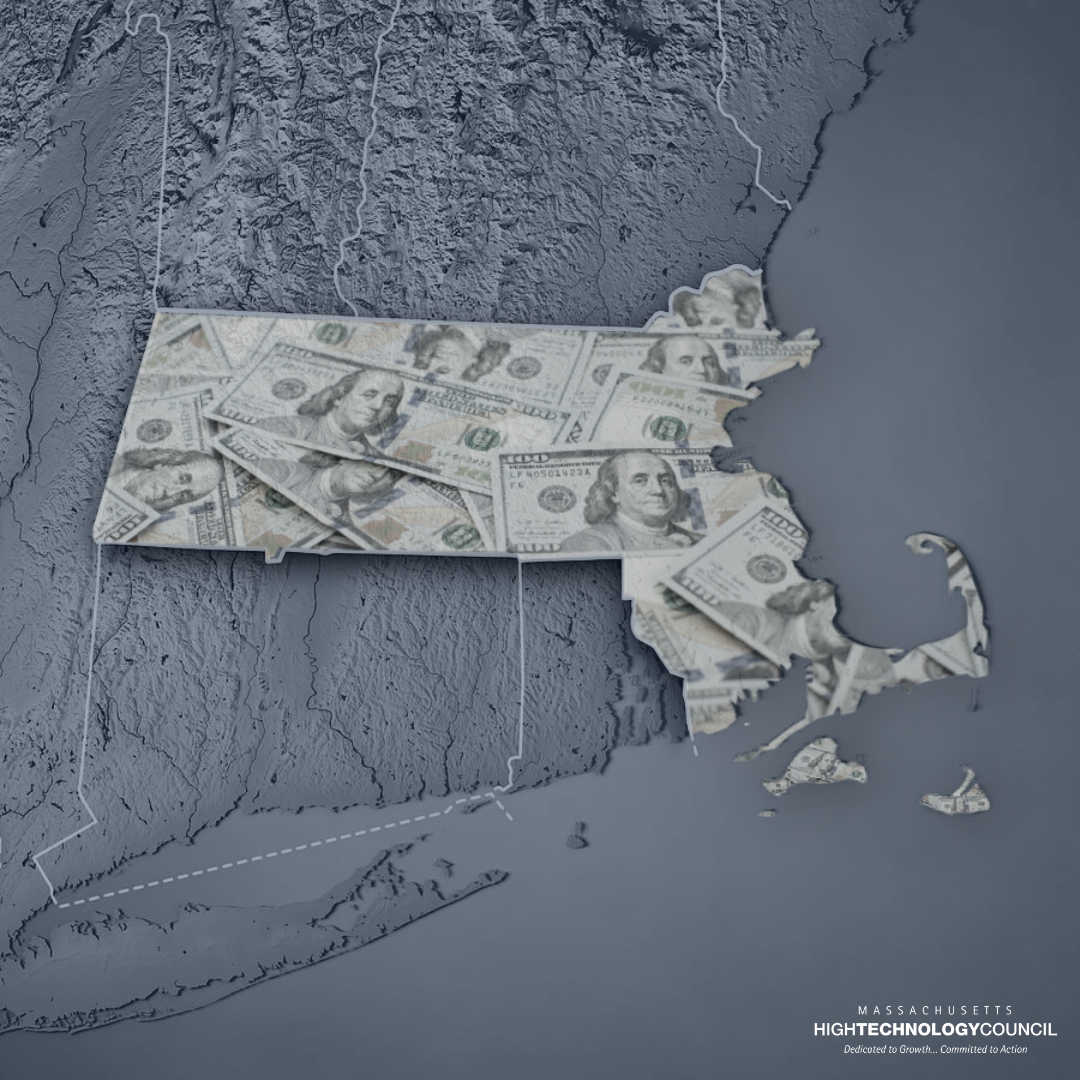 With onetime gains treated as income, the proposed amendment will push tens of thousands of Massachusetts residents into a higher tax bracket, meaning their taxes will nearly double.

A Tax on Retirees & Small Businesses

Approximately half of “millionaires” in Massachusetts earn $1 million just once in a ten-year period, demonstrating just how commonly this occurs. As Pioneer pointed out, a large number of those entrapped by the tax are households selling a long held small business or family home to finance retirement. Thus, the Tax Hike would have a disproportionate impact on retirees and pass-through entities, most of which are small businesses.

Pass-through businesses—partnerships, sole proprietorships, S or limited liability corporations that are taxed via individual returns—account for 70% of all for-profit entities and nearly half of Massachusetts employers. When added to other taxes that only apply to such entities, these mostly small businesses would pay taxes at a higher rate than large corporations.

What Would Happen if Massachusetts Adopted the Legislature’s Tax Hike Amendment?

Taxes impact location decisions for individuals and businesses. This is more important than ever before in this post-Covid environment, where people can live anywhere and still be part of the Massachusetts economy.

Massachusetts gains more residents than it loses from high-tax states like New York, Connecticut, and New Jersey. However, Chieppo noted, despite the good work that Massachusetts has done over the last three decades to become more competitive, we still have a far larger outflow to low-tax states, particularly Florida and New Hampshire. In 2020, as recently released IRS data shows, Massachusetts lost taxpayers and wealth at a rate six times faster than just a decade ago. Massachusetts loses about $1 billion per year in Adjusted Gross Income (AGI), and approximately 70% of those losses are to the aforementioned states. According to the data, now available on Pioneer Institute’s Massachusetts IRS Data Discovery website, Massachusetts’ net loss of AGI to other states because of outmigration grew from $422 million to $2.6 billion from 2010 to 2020. The county that experienced the largest loss of wealth in 2020 was Middlesex County, amounting to more than $900 million in AGI.

Examining the Damaging Impact of Tax Hikes, From California to Connecticut

As Chieppo pointed out, when the term “Taxachusetts” was coined 35 years ago, Massachusetts had the fifth highest state and local tax burden (SALT). Today, because of intentional policies that made Massachusetts an economic powerhouse and innovator, we are 12th in the country. Although it is still high compared to other states, it is moderately declining, with our 10.9% burden dropping to 10.3%.

To see the impact of income taxes similar to the one hitting the Massachusetts statewide ballot in November, look no further than Connecticut.

Connecticut chose the path of tax increases, with its SALT burden rising from 17th to second in the nation. The consequences, as Pioneer highlighted, were devastating for Connecticut families, businesses, and the state budget.

“Connecticut went through many years of aggressively pursuing these kinds of ‘soak the rich’ policies,” Chieppo explained. “By 2015, they once again raised income taxes. But what they found in that time was that in 2016, the first year after that income tax hike, the amount paid by Connecticut’s 100 largest taxpayers actually fell by 45% in a single year.”

Connecticut lost more high-income taxpayers per capita than any other state from 2012 to 2018.

“What that really speaks to is how easy it is to change your primary residence and that it’s even easier to move assets around,” he added. “And there is nobody more mobile than the most affluent individuals.”

From 2008 to 2020, Connecticut was 49th out of 50 states in both private sector job growth and wage growth. Its rate of wage growth was half that of Massachusetts, and the job growth landscape was even worse. Massachusetts, in terms of job growth, actually outpaced the national average, whereas Connecticut was one of only three states that, at the beginning of 2020, still had not recovered all the jobs lost during the Great Recession.

Between 2003 and 2018, Connecticut raised its highest income tax rate from 4.5% to 6.99%. Over that same time, Massachusetts reduced its rate from 5.6% to 5.1%. But, despite all those tax increases, Connecticut’s state budget grew a mere 22%. Massachusetts, which took a different, pro-economic growth approach, saw almost three times the increase in its budget than Connecticut over that 12-year period, experiencing 63% growth.

In 2012, California voters adopted a temporary income tax hike on high-income individuals, with the idea that the receipts would fund education. However, from 2013 to 2021, state education funding remained less than 0.1% above the minimum established by an earlier ballot initiative.

Between FY13 and FY20, the number of people employed by the state increased by 0.3% in Massachusetts, the average of the other 48 states and D.C. had a 1.8% increase, and in California, state government employment increased by 10.6% over that time.

“If you’re asking whether California hired teachers during that period, the reality is the number of teachers in California increased by less than one half of 1%,” Chieppo added.

The question then becomes, where is the money going?

This is not the first time the Legislature attempted to put the proposed Tax Hike Amendment on the ballot. Massachusetts citizens have rejected ballot initiatives that would empower the Legislature to establish a graduated income tax on five previous occasions. In 2018, Council President Chris Anderson and four other plaintiffs led the successful legal challenge to the Tax Hike Amendment. Before the Massachusetts Supreme Judicial Court threw it off the statewide ballot, the issue of where the funds would go came up.

Lawyers arguing for and against the graduated income tax amendment agreed that it wouldn’t require an extra penny to be spent on education and transportation. Though receipts from the tax would be dedicated to those purposes, both sides agreed lawmakers could withdraw an equal amount from appropriations from other sources. When the legislature debated the tax in a constitutional convention, two amendments requiring the funding to be in addition to existing appropriations were defeated by margins of nearly four to one.

Building on similar litigation from 2018, the Council and fifty-four other plaintiffs filed a complaint with the Supreme Judicial Court in 2022 challenging the Tax Hike Amendment, arguing that the proposed summary description does not fairly and accurately summarize for voters the true nature of the proposal.

As Anderson previously stated, “This sixth attempt should not mislead voters through an unfair and inaccurate summary into believing that the Amendment will guarantee additional funding for either transportation or education.”

Essentially, the new tax revenue creates a blank check, allowing the Legislature to spend the additional revenue as it wishes.

Massachusetts is Awash in Money

Originally authored in 2015, the proposed Tax Hike Amendment really hasn’t changed. And, as Chieppo noted, Massachusetts’ budget picture is dramatically different than it was in 2015.

Last fiscal year, Massachusetts collected $5 billion more in tax revenue than expected and, as of April 2022, state tax revenue for fiscal year 2022 is $5.9 billion above the original benchmark.

Moreover, the Commonwealth’s Rainy Day Fund is $6.6 billion as of June—the highest balance ever. Massachusetts has more resources for public spending priorities than arguably any time in modern history.

Key Takeaways: Back to Taxachusetts? A Policy Discussion on the Tax Hike Amendment with Pioneer Institute 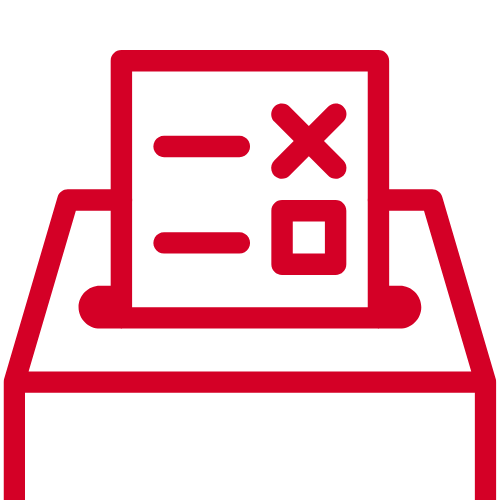 The Legislature’s Tax Hike Amendment will appear on the November statewide ballot. If passed, it would enact the largest (80%) tax hike in state history. 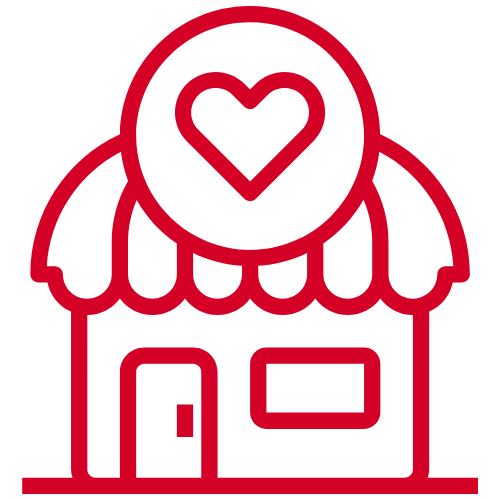 The Amendment would disproportionately impact small businesses and retirees selling homes, businesses, and assets, driving them out of the state. Many of the entities that would be impacted are pass-through businesses, which account for 70 percent of all for-profit entities and nearly half of Massachusetts employers. 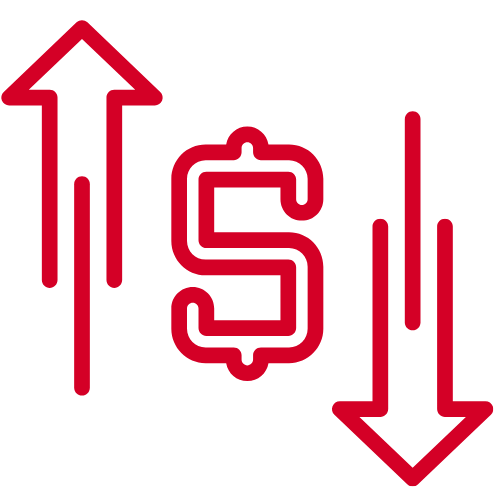 At a time of unprecedented competition for jobs and talent, at least 13 states are pursuing tax cuts, and 10 more have already cut them. New Hampshire, to which we already lose so much taxable income, is among those states. It already has no income tax and will eliminate its interest and dividends tax by 2027. 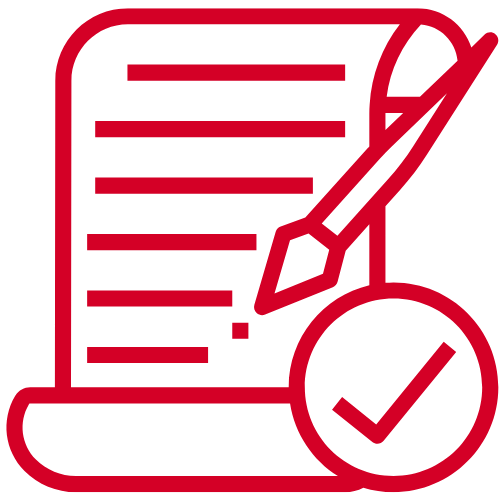 This is not a law nor a statute. The tax hike proposal would amend the state Constitution, meaning it would be much harder to undo. Repeal would have to be approved by two consecutive legislatures and then by the voters in another statewide referendum. The process would take a minimum of three years, during which the Commonwealth would lose jobs and people.

Contrary to proponents’ claims, the Amendment, if adopted by voters, would not require increased apending on education and transportation. Essentially, the new tax revenue creates a blank check, allowing the Legislature to spend the additional revenue as it wishes. 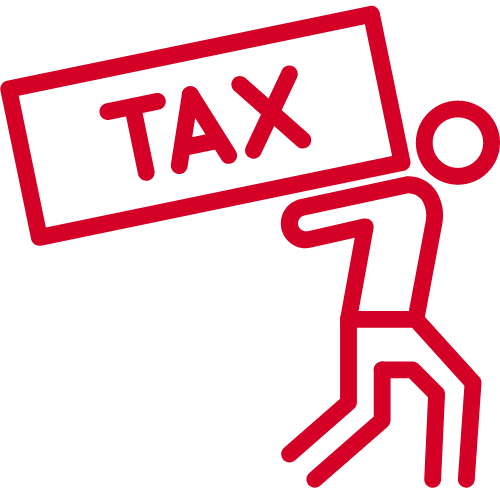 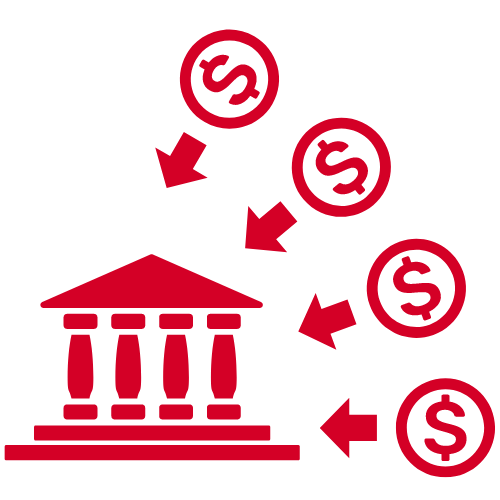 Massachusetts is awash in money. Last year, Massachusetts collected $5 billion more in tax revenue than expected and, as of April 2022, state tax revenue for the year is $3.5 billion above the benchmark. Moreover, the Commonwealth’s Rainy Day Fund is expected to reach $6.55 billion by the end of the next budget. 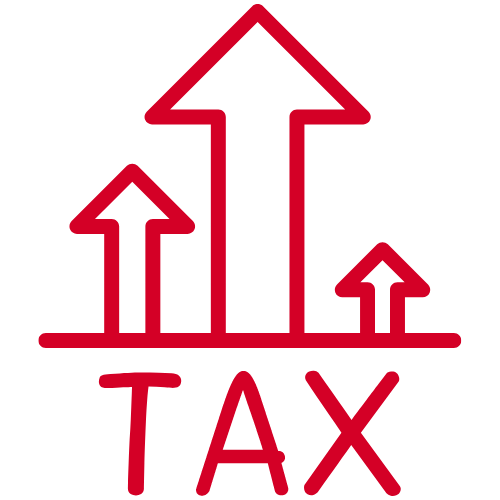 A recently enacted federal law makes the Tax Hike Amendment an even worse idea. The 2017 Tax Cuts and Jobs Act (TCJA) limits federal deductions for state and local tax (SALT) payments to $10,000. The combination of eliminating most of the SALT deduction and adopting the Tax Hike Amendment would translate to paying up to nearly 150 percent more in state income taxes.