Plans ‘refunds’ this fall instead of credits next year 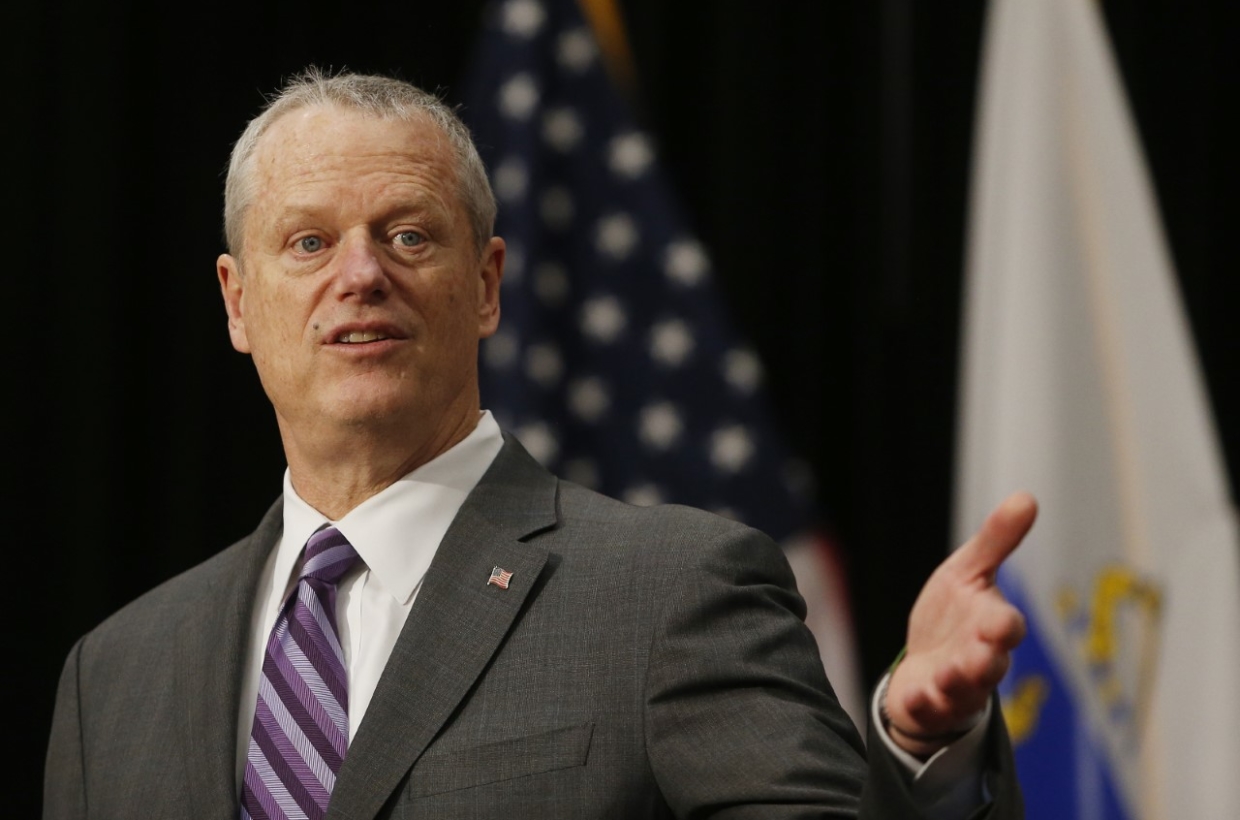 The Baker Administration is preparing to change the rules for returning roughly $3 billion in excess tax collections so the governor can send out checks to Massachusetts taxpayers before he leaves office in January.

But a legal expert, citing a 1987 Supreme Judicial Court decision, says the changes being proposed by Gov. Charlie Baker appears to violate the voter-approved law governing excess tax collections as well as the constitutional prohibition on appropriations in ballot questions.

The governor’s move to change the rules suggests he is eager to return the money to taxpayers as quickly as possible, perhaps to claim credit for returning the money or to return it before the Legislature can take any action to tinker with the law or prevent all of the funds from going out.

The tax cap was approved in 1986 via a ballot question sponsored by Citizens for Limited Taxation and the Massachusetts High Technology Council. The question set a limit on how much tax revenue the state could take in during a given year and required returning any excess collections to taxpayers via credits on their taxes.

The law has been triggered only once, in 1987, and over time largely faded from public view. That situation changed on July 27 when CommonWealth reported that the law would be triggered again this year for the first time in 35 years.

The news caught most of Beacon Hill by surprise, but the Baker administration was well aware of the situation. The governor announced the day after CommonWealth’s report that the tax cap giveback would be “north of $2.5 billion,” a number his administration raised to $2.9 billion later in the day.

The precise amount of the tax cap giveback won’t be determined until the state auditor calculates the number in mid-September. But the governor and his administration have been busy laying plans to return the money to taxpayers.

During a brief scrum with reporters on Tuesday, Baker made his most detailed statement yet about returning the money.

“We’ve already started working with the Department of Revenue to make sure they turn around these refunds to taxpayers as soon as possible,” he said. “And I think at this point we expect that people will be receiving their refunds sometime between the end of November and the beginning of December.”

The governor used the term refunds, implying that the money would be returned to taxpayers in the form of checks.

The tax cap law, however, says the money should be returned to taxpayers as a credit on their 2022 tax forms, which won’t even become available until next year.

The tax cap law, dubbed 62F in legislative parlance, and the accompanying regulations spell out how the credit works. If excess tax collections end up being $3 billion, for example, the law and regulations require the Department of Revenue to determine what percent $3 billion is of the state’s total tax take in 2021.

That percentage is then used by each taxpayer to determine how much of their individual 2021 tax payment should be returned as a credit, but the credit can only be taken against the individual’s tax liability for 2022.

It’s a two-step process that means taxpayers would see no benefit until 2023, after Baker has left office. [CORRECTION: An earlier version of this story mistakenly said 2022 instead of 2023.]

Baker administration officials are moving to accelerate the process of returning the funds. In April, well before the notion that the tax cap could be triggered surfaced publicly, the Department of Revenue put out a notice that it intended to rescind the existing regulation that spells out in detail the two-step process for returning excess tax collections to taxpayers.

“This regulation is being repealed because it is obsolete; no credit has been required since 1987,” the hearing notice said. “If a credit becomes available, DOR will issue guidance and update forms specific to the year the credit is allowed.”

No public comments were submitted on rescinding the regulation at the May 12 hearing.

In a statement, officials at the Executive Office for Administration and Finance indicated they have not completed the process of rescinding the regulation but would do so once the auditor certifies 62F has been triggered.

“The language in the 62F statute does not define the term ‘credit’ or address the question of implementation mechanism; as such, we have flexibility to determine the best mechanism in a given year. DOR will issue guidance that establishes the mechanism of payment if it is determined that the 62F cap was reached for FY22,” the statement said,

But Peter Enrich, an attorney who worked as general counsel and counsel for revenue policy at the Executive Office for Administration and Finance in 1986 and 1987 when the tax cap law was being debated and implemented, said the Baker administration’s stance appears to run afoul of the law.

He said the meaning of the term “credit” is not spelled out in the 62F law, but the meaning is well established in tax law – credits reduce taxes that are owed; they are not refunds issued by check. “There’s not a single exception to that,” Enrich said.

Enrich said the 1986 law does spell out the two-year process for returning the money, and a 1987 Supreme Judicial Court decision dealing with the tax cap also spells out clearly how the credit is calculated and returned.

Christopher Anderson, the president of the Massachusetts High Technology Council, said the ballot question was specifically crafted using a credit to avoid being viewed as an appropriation, which under the state constitution cannot be included in a ballot question.

Anderson said he would welcome the tax cap money being returned earlier, in part to head off any efforts that could surface next year to tamper with the tax cap.

But Anderson said he wanted to hear more about the legal and logistical issues involved in doing that. Perhaps the Baker administration could argue residents paid too much money in taxes and the state is merely returning the overpayments, he said.

Enrich said the Supreme Judicial Court in 1987 held that the tax cap credit was not an appropriation because it only reduced the amount of taxes paid by taxpayers and did not funnel money to them directly.

“There is no authority to use funds in the Commonwealth’s treasury to send funds back to people,” Enrich said.

“Considering the potential regulatory changes for disbursement being discussed by the administration, it’s evident that there is still a significant amount of uncertainty and unanswered questions around the specifics of 62F, which is exactly why we need to be cautious and understand all the facts before making these major decisions,” he said.